Google Glass was THE accessory at the Diane von Furstenberg Spring 2013 show. Sergey Brin, a Google co-founder and Diane hung out together backstage, pre-show to record, text and take pictures all through the one lensed wonder. Google is planning to launch then next year for approximately $1500.00. 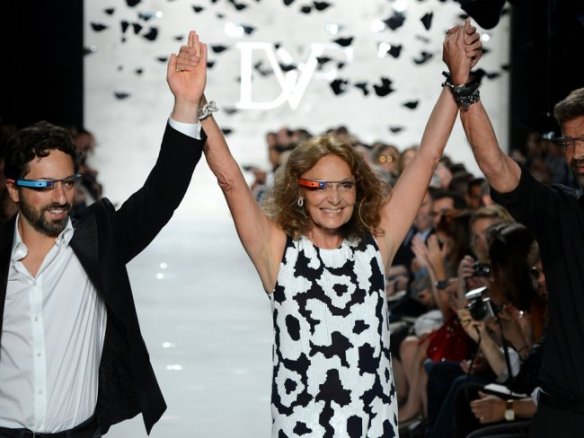 Wonder if the models got to keep theirs?

Google released a short film, “DVF Through the Glass” to deliver what was captured at NYFW – COOL COOL F’ING COOL!!!!!!!!!!!

Oh Diane, has the reversecommuter mentioned lately that you are DIVINE!!!!

Wishing everyone a fantastic weekend…chill, hug the ones you love and recover from NYFW!