Rosie Assoulin‘s Spring Summer 2017 Collection is everything.  Everything I want to wear everyday for SS17!

Rosie’s NYFW presentation was held in the meatpacking district in a cool urban concrete industrial space, that she transformed into the coolest interpretation of a beach.

The sand dunes were comprised of recyclable packing peanuts, the palm trees were strategically placed throughout the space and there were fun, brilliantly colored, disruptive piles of foldable beach chairs on the beach.

Voluminous khaki wide leg pants (seriously no other designer does a wide leg like Rosie), chambray denim, stripes that beg for an accompanying surfboard and florals that immediately transport you somewhere ridiculously happy and warm.

Tangerine dreams dresses that beg for an outdoor event with a tent!

The only disappointing point of the Rosie Assoulin SS17 collection is that we all have to go through Winter 2016 before we can wear all this happiness!

Fashion Week in NYC is phenom.  It is fantasy at it’s best.  And for the fashion obsessed it is the Mecca – truly!

Where else would Michelangelo’s David be found draped in Missoni?

Running around NYC during Fashion Week ensures plenty of entertainment – day and night!  Obviously there is the world famous shopping to keep you busy….

Clearly she has set her sights upon her prey….

There is also the most intense form of people watching available – check out these two I bumped into in the Meat Packing district…(can you tell the gentleman on the left shaved his hair in half?)

Strangely (not) reversecommuter found herself at the DVF flagship store, and was mildly intrigued with the two mannequins and their before and after status…

Iman Cosmetics (you knew I would have to mention her again didn’t you?), started in 1994, but according to Iman (how fun a sentence is that to say?!), she formed the company after her first modeling job, for Vogue, as a result of a make-up artist asking her if she had brought her own foundation.  Iman decided right then that she was going to build a cosmetics company for women who had darker pigmentation in their skin.  2010 Iman Cosmetics earned $25 million business, and her foundation is #1 in the cosmetics industry.  Fierce fabulous woman (who incidentally refers to herself as an “old bitch” – Love it!!!). 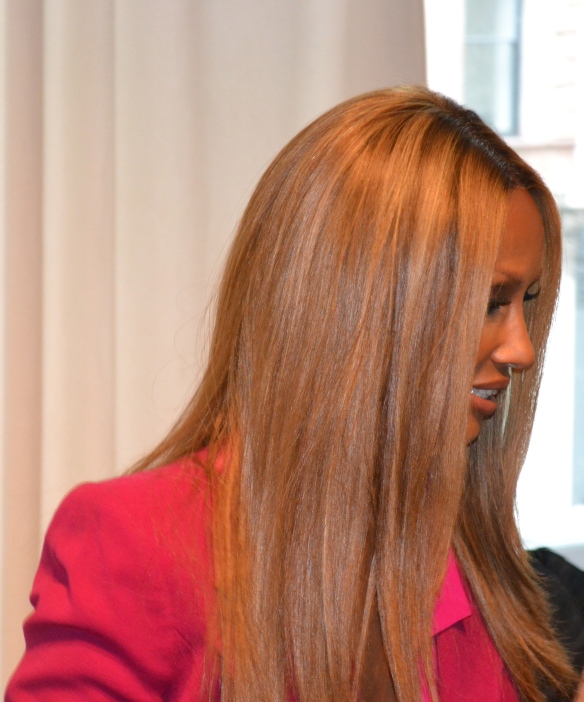 HSN (the Home Shopping Network) asked Iman to develop a clothing line, Global Chic, and it is now one of their top brands.  Iman operates all of these endeavors under Impala Incorporated, a private company in which she is 55% shareholder and CEO.

Her next venture, Destination Iman, (click blue to read this month’s edition) is an interactive blog which will exist as a digital magazine (they are already working on January’s edition), and “every single page will be different every month”, according to Iman, who has added editor to her impressive list of job titles.

reversecommuter has  a celebrity crush – Iman is beautiful, gracious, supportive, inspirational, driven and offers guidance towards other women entrepreneurs.

Target will launch it’s second selection of The Shops at Target on Sunday September 9th, at midnight.  Set your clocks so that you don’t miss out on PHENOMENAL products from PHENOMENAL designers.  Kirna Zabete, PatchNYC, Odin, and The Curiosity Shoppe will represent the fall installment, and the product selection is beyond ridiculous! 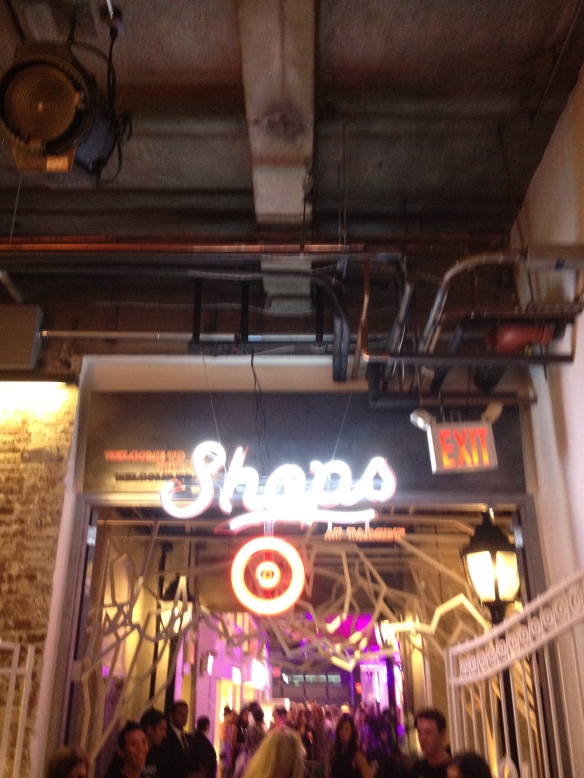 reversecommuter was fortunate enough to be invited to the launch party in NYC’s meat packing district on September 5th.  The crowd was beyond fashionable, the party atmosphere unmistakeable and the mock-up Stores at Target looked amazing!  The large black mesh bags (a little goodie at the door for guests) were filled up quickly, as the merchandise was begging to be bought.

It is no secret the obsessive love reversecommuter feels for Kirna Zabete (click here for other postings professing the love), and the fact that owners Sarah Easley and Beth Buccini have created a Target line of fashion nearly beyond description ($43.99 jumpsuit – what!?!!??) has only increased the twangs!

reversecommuter has SO much more to tell about this magical meeting with these two fashion commanders, but that will have to wait for another post!

Don Carney and John Ross, founders of PATCH NYC, will also be generous enough to share their gorgeous talent with Target shoppers starting September 9th.  The offerings are bananas good and the Patch NYC shop was an extremely busy spot Wednesday night.

reversecommuter has a lot more to say about PATCH NYC and the gentlemanly duo that have created this incredible boutique, but alas that will have to wait too!

Have a STUPENDOUS weekend!