O.W.O. (one weekend outfit) is all about denim. 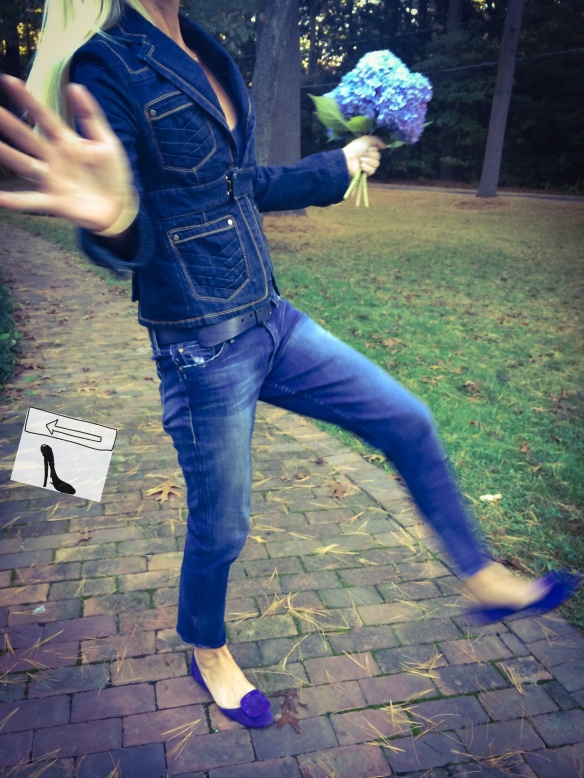 reversecommuter used to steer away from denim on denim for fear of being one acid wash accident away from tragic.  Picture it.  Shudder.

Designer’s have upped the denim game, the cuts, the colors, the styles, the textures, the rips and whiskers, all have cured me and now the possibilities are endless.

Think about it – overalls, denim jackets, jean shirts, layered, interspersed with accessories to play up the look and deepen the blues’ hues.

That’ll learn him!  Chip Wilson – ousted founder and former CEO of lululemon just sold 20.1 shares to Advent International – the investment banker brought in by lulu’s board once they decided to throw Chippy out. 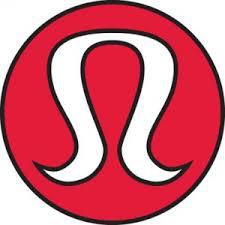 Remember when Chip told the bigger girls that lulu’s yoga pants were not meant for curvy body types on national tv?  BEST AWESOME CORPORATE F-UP EVER!!!!  (Click here for a reminder of the awesomeness!)

The board wanted Chip gone immediately after that, and so Chip agreed to sell 20.1 million shares yesterday and made $845 MILLION.  reversecommuter is quite sure Chippy learnt a valuable lesson here…

Luxury design houses are starting to report lower sales and earnings, based primarily on China not buying as much as was projected. 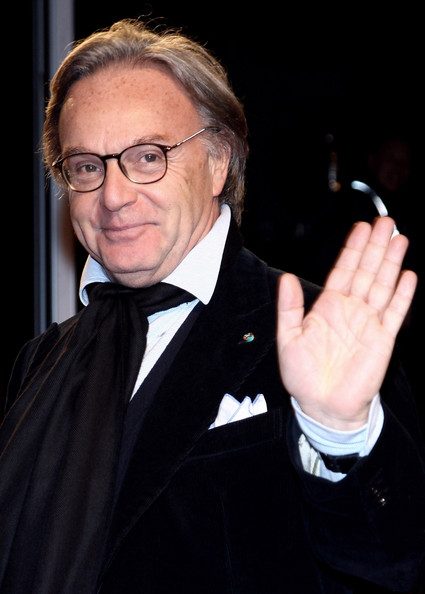 Tod’s just released a profit decline, citing China as well as two major US boutiques closing for renovations as the reason behind the lag.  CEO Diego Della Valle is optimistic that 2014 Fall Collection is strong enough to rally Tod’s clientele back into power shopping mode. 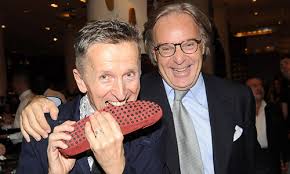 Note to Diego, the awesome car shoe and delicious Italian leather handbags are what makes Tod’s clients deliriously happy, and apparently Simon Doonan a little bit hungry!   Attempting to draw us in for a clothing line hasn’t accomplished the same pull.  Stick to what you know, let the profits grow (catchy huh?!).

Champs in a flute and the sun shining is reason enough to slap on the fancy shoes and wow the world with that outfit you secretly want/need to wear…Do It!

These flats even manage to dress up the pajama pant style:

Another current love is my pink pinky ring!

Checked out of the hotel yesterday, returned home to survey the damage – clearly I took the job very seriously… 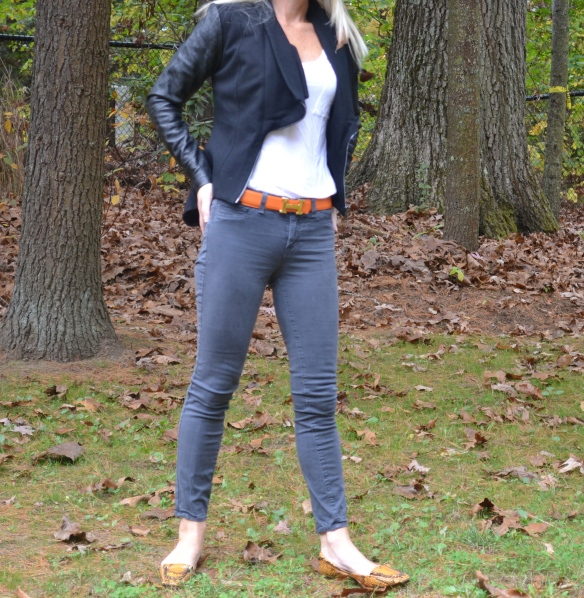 not too bad, thankfully!

Victoria Beckham (LOVE!!!!!) knows the power of a good heel:

“Absolutely [heels make my feet] hurt. Absolutely! I’m not going to lie. But no pain, no gain, as they say. I don’t mind. I will suffer. I don’t wear heels every day, but when I’m out, that’s how I feel confident.”  – Glamour Magazine

… and I have to agree with her, heels give me an added boost too (please excuse the double entendre!).
A shoe choice can affect the entire vibe of an outfit, not to mention the mood of the wearer!  I was reminded of that while choosing what to wear today….basic white button down, Dolce and Gabbana, striped cotton capris, D&G, and a variety of shoes……
1. Prada Sport Wedges 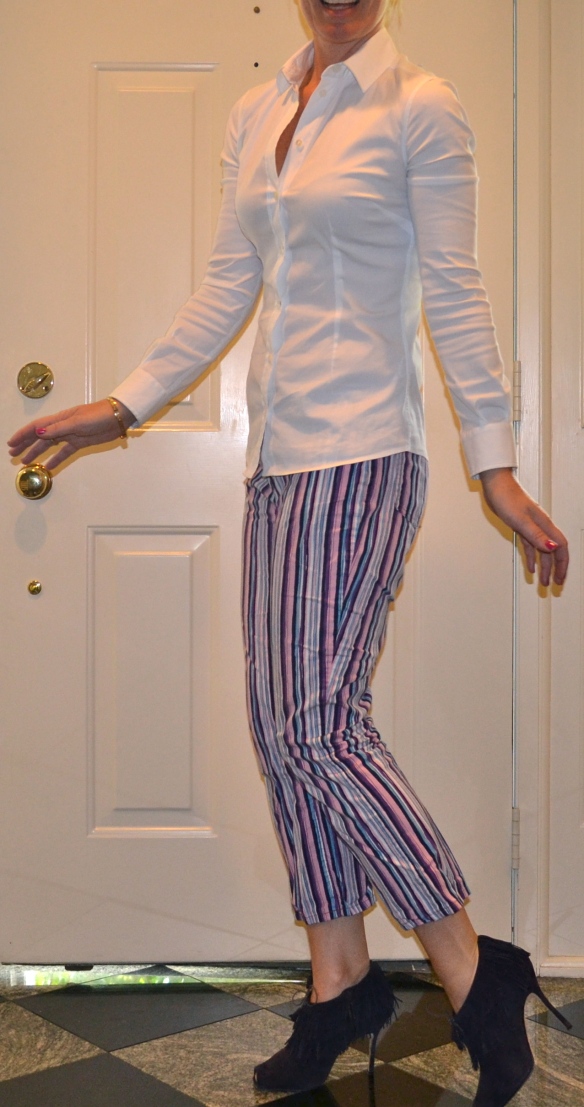 And here is my favorite choice, all sliced up!  🙂

I am hoping that the bright sunny yellow top will sway the arguments my way all day long.  Fingers crossed!

We are at home making Easter Eggs today – get past the vinegar smell and it is really fun!
Wearing a Rodebjer vest from Barney’s, J Brand jeans, tuxedo blouse from Calypso, and Roger Vivier flats….and quite a bit of dye and sparkles from the egg project!

Sometimes it’s just a jeans and t-shirt kind of day.
And sometimes all it takes is a great belt and killer shoes and you go from James Dean to Marilyn Monroe! 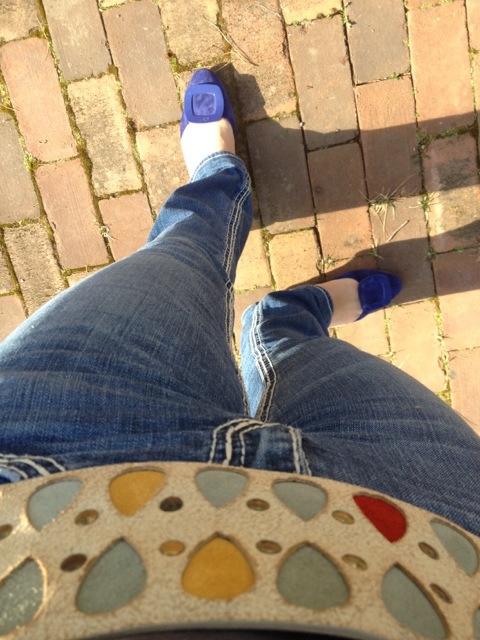 Roger Vivier does it like no one else, and now he is offering it for the jeune filles aussi.  Can you hear the 8-14 year old set squealing?

But don’t worry big girls, Monsieur Vivier is still very much concerned with making us happy too!  SWOON!!!!!! 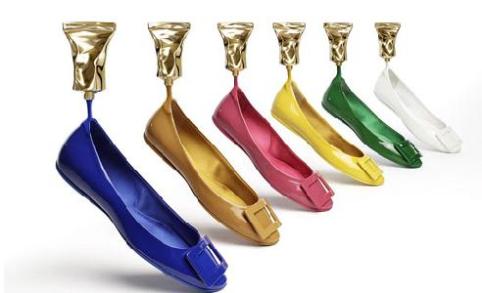